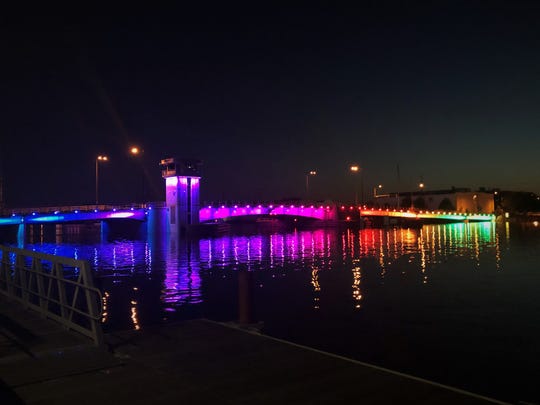 GREEN BAY – The City Council has given initial approval to a sweeping measure that would prohibit discrimination in housing, employment and public spaces based on race, sexual orientation, gender identity and other characteristics.

The Equal Rights Ordinance, which mirrors but expands upon state and federal law, aims to make the city more inclusive and promote diversity inside and outside City Hall.

“Until Green Bay is accepting and creating a space of safety for people who are different, we will not have equality across the city,” said YWCA CEO Renita Robinson, speaking to the council in favor of the ordinance.

The council approved the measure 9-3 Tuesday after a lengthy debate and feedback from community members, many of whom supported it. Officials must vote on it again later this month before it can take effect.

Council members Chris Wery, Jesse Brunette and John VanderLeest opposed the ordinance, saying it could tie up resources and make the city more vulnerable to lawsuits. Wery also questioned the inclusion of protections related to gender identity, which aren’t protected under state and federal law despite increased recognition at the local level.

“When you chisel down to it, it really seeks to codify notions such as gender expression, gender identity and gender non-conformity,” Wery said. “That’s what this is about. It seeks to force those notions on the people of Green Bay with the force of $1,000 fines behind it.”

RELATED: Green Bay’s score on LGBTQ rights doubled in one year, but officials say city still has work to do

Tuesday’s vote was the culmination of nearly 18 months of effort by council member Barb Dorff and other city officials to create a policy that would curb discrimination in Green Bay. It also comes on the heels of social unrest in the wake of George Floyd’s death, which prompted the city to sign onto a resolution declaring racism a public health crisis.

The city is also in the process of hiring a diversity and inclusion coordinator after approving the position in last year’s budget.

The ordinance creates a wide range of protected classes — many of which aren’t covered by state or federal law — such as age, military service, religion and status as a victim of domestic abuse. Prohibited actions would include denying people housing, charging a different ticket price for an event or firing someone based on their identification as one of those classes.

City officials would investigate complaints that allege discrimination and determine whether it should be handled by the city or a state or federal agency. Those who violate the measure could be fined up to $1,000 in cases where the city has jurisdiction, but officials expect to refer most complaints to agencies like the U.S. Equal Employment Opportunity Commission.

The ordinance also creates a new Equal Rights Commission, largely comprising residents, that would monitor efforts to eliminate discrimination within city government and throughout the community.