Justice Ginsberg’s Legacy Through the Eyes of an Employment Lawyer 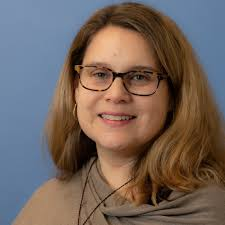 It is difficult for me to articulate the significance of Justice Ginsburg’s life and her work as a woman, a lawyer, law professor and an advocate for gender rights in the workplace. Quite literally, my life and career were made possible in large part because of her advocacy.  Judge Ginsburg created the legal theories that have formed the basis of my advocacy for the employment rights of victims of gender-based violence and harassment in the world of work for the last 23 years.

I moved to Washington, DC in 1993 to work for the Women’s Legal Defense Fund (now the National Partnership on Women and Families) as a program assistant in the Work and Family Program. My work was to assist women who were experiencing sexual harassment at work and who called our office looking for legal advice. Not long after my arrival, in August 1993, Justice Ginsburg was appointed to the U.S. Supreme Court by President Clinton.  One of the first assignments I worked on was coordinating the mooting of the attorney representing Teresa Harris for oral argument in her sexual harassment case before the Supreme Court.  The case was heard on October 13, 1993 and was one of the first oral arguments that Justice Ginsburg participated in as a Supreme Court Justice.  The issue in the case was whether sexual harassment must seriously affect the survivor’s psychological well-being in order to establish an abusive work environment in violation of Title VII of the Civil Rights Act of 1964. The act prohibits, inter alia, discrimination based on sex in the workplace. If this was to be made a requirement to establish a claim of sexual harassment it would significantly limit the number of employees who would be able to obtain protection and redress from sexual harassment. The case arrived at the Court only two years after Anita Hill’s testimony during the Justice Thomas confirmation hearings and was the most important case before the Court regarding sexual harassment at the time.

I was privileged to attend the oral arguments and observe firsthand the critical role that Justice Ginsburg would continue to play on the Court over the next 27 years.  During oral argument, Justice Ginsburg asked a series of questions indicating her concern that requiring sexual harassment to seriously affect the survivor’s psychological well-being in order to establish a claim would punish strong women. I remember chills running down my back and tears forming in my eyes as I sat in the back of the room listening to her speak.

For much of my life, there had been no women on the Court and then there were two. And here was Justice Ginsburg explaining to men the experiences of women, as she had when she argued before this very Court. Justice Ginsburg questioning demonstrated her belief that just because some women did not experience psychological trauma nor allowed demeaning sexist conduct to detrimentally impact their work performance, it did not mean that it was not creating an abusive work environment in violation of the law. Justice Ginsburg successfully made the point that women experience sexual harassment in a variety of ways and that we should not have to prove injury in order for the court to find sexual harassment occurred. In a unanimous opinion issued in November 1993 written by Justice O’Connor, the Court held that the lower court should focus on whether the sexual harassment was hostile or abusive, not whether Ms. Harris had experienced “concrete psychological harm”.  Justice Ginsburg authored a concurring opinion in which she emphasized that a plaintiff does not have to prove that their productivity has been detrimentally impacted as a result of sexual harassment in order to establish a claim referring to a holding from a lower court involving racial harassment in the workplace.

As a young woman considering applying to law school, this moment changed the direction of my life. I heard and saw how Justice Ginsburg was able to apply not just her brilliant mind but also her experience as a woman worker to ensure that the law be interpreted in a way that reflected those experiences.  I witnessed how critical it is that women be in all places where decisions are made.

I went to law school the following year and began a career representing low income women workers who experience sexual harassment.  I made sure that I and the women I serve were and are in the places where decisions are made about their lives. I went on to become a professor of law and last year, I was a technical advisor during negotiations where the International Labor Organization adopted the first ever global binding labor standard defining and addressing gender-based violence and harassment in the world of work. I am but one of many examples of how Justice Ginsburg inspired a generation of women and women lawyers to believe in and fight for equality in the workplace. And we are not done yet.  Thank you does not seem strong enough to express my appreciation.