Arizona and Utah are pioneering ways to expand access to legal services, and we hope other states follow. You shouldn’t have to go it alone in court.

Sooner or later, almost all of us face a need for legal advice. Maybe we want a will drafted, find ourselves in a divorce, or disagree with our landlord about a lease.  Property disputes, tax questions, automobile accidents: The list goes on. And it’s no secret that, even to accomplish the simplest task, hiring a lawyer is expensive — too expensive.

As a result, more and more people today find themselves forced to go it alone in court.  A national study in 2015 found that in 76% of civil cases, at least one party was self-represented.

As lawyers and judges, we cannot ignore that the problem is partly of our own making. Consider two examples. First, lawyers have historically enjoyed the unusual privilege of regulating themselves, under the authority of state supreme courts. In most states, the profession has used this privilege to erect rules allowing only lawyers to provide “legal services”— no matter how basic the job may be. Groups seeking to provide basic legal forms for little or no cost are sometimes attacked by lawyers who feel their monopoly threatened. Just imagine if only the surgeon were allowed to diagnose your sore throat.

Second, the profession has generally insulated the legal industry from market competition. Only lawyers may own or invest in law firms. This restriction on capital investment reduces the number of market participants, which in turn prevents competition from reducing costs.  At your local superstore you may be able to find tax-preparation services or an eye doctor, but you will find no help there for even the simplest legal chore. Both of these longstanding practices protect the entrenched interests of the legal profession at the expense of the clients we are meant to serve. 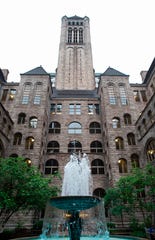 Fortunately, some states are now trying to address these problems. Just last month, the supreme courts of both Utah and Arizona took bold steps to increase access to justice.  Beginning in 2021, Arizona will recognize a new category of trained, non-lawyer legal professionals who will now be permitted to represent clients in various areas of the law, including family law, debt collection, and landlord-tenant disputes. In addition, the state will allow non-lawyers to have an economic interest in law firms. Utah took similar steps as part of a two-year pilot program.

These pioneering efforts to expand access to justice seek to ensure quality representation, too. In Utah, for example, any entity that wants to offer non-traditional legal services must seek approval from the state’s Office of Legal Services Innovation.  In Arizona, all members in the new category of non-lawyer legal professionals will need to meet education requirements, testing requirements, and character-and-fitness standards. They will also be subject to the same ethical rules and discipline process as lawyers. In addition, any firm owned by a non-lawyer will need to go through an application process and comply with a code of conduct.

Similar experiments in England have yielded promising initial results: greater access to courts, at lower costs, with higher rates of client satisfaction. Studies there show that clients prefer specialization over professional status. And that makes sense. Someone seeking legal advice about taxes would often prefer a tax-law expert with no law degree over a trial lawyer with no tax experience.

States should get out of the way: Ridiculous licensing rules are holding back people who want to work

We applaud Utah and Arizona and encourage others to follow suit. And we’re not the only ones doing so. Last November, a committee of the American Bar Association issued a report calling for reforms along just these lines. While the full ABA ultimately watered down some of the recommendations of its own committee, the organization still took a step in the right direction when it directed states to consider innovative approachesto increase access to justice.

The rule of law in the United States is the envy of the world. But our system of justice is too often inaccessible for the ordinary American. Arizona and Utah are seeking solutions to that problem. We hope other states will soon do the same.

Rebecca Love Kourlis, a former Colorado Supreme Court justice, founded the Institute for the Advancement of the American Legal System in 2006 and was its executive director until 2019. Neil M. Gorsuch is an associate justice of the U.S. Supreme Court.