The Grand Theft Auto series is more than capable of raking in record profits, scoring well with mainstream reviewers, and satisfying millions of gamers of all persuasions. It is nothing less than a juggernaut of gaming prowess at this point, and is regarded as such by most. With that, not all of them are created equal, and the series has taken some unexpected turns on its way to where it is now. From the top-down adventures of the mid-90’s to the streets of 2013 Los Santos, here’s all of the GTA games ranked.

As a quick disclaimer, we’re not including GTA Online or any of the handheld spin-offs here. This will be mainly focused on mainline releases.

While no GTA game could be called bad by any reasonable person, as they are all indicative of and limited by the era in which they were released, the original GTA is certainly the roughest of them all and for every innovation you can say about it, you can also find a kink or two. Clearly inspired by the very rudimentary Miami Vice game from a very rudimentary era in games, Grand Theft Auto sought to bring a better sense of urgency, movement, and freedom to the same idea.

While in development, the game went from being a rather generic cops and robbers game to a more free-flowing adventure that encouraged bad behavior while accomplishing various missions in a non-linear fashion. This tweak to the standard formula would go on to create history as it would be iterated on over and over again for the next 25 years. While you weren’t getting nauseous from the choppy performance and all the zooming in and out, or struggling to wrap your mind around the clunky driving, you could really appreciate the glimmers of innovation making their way through the glorious mess of the game. 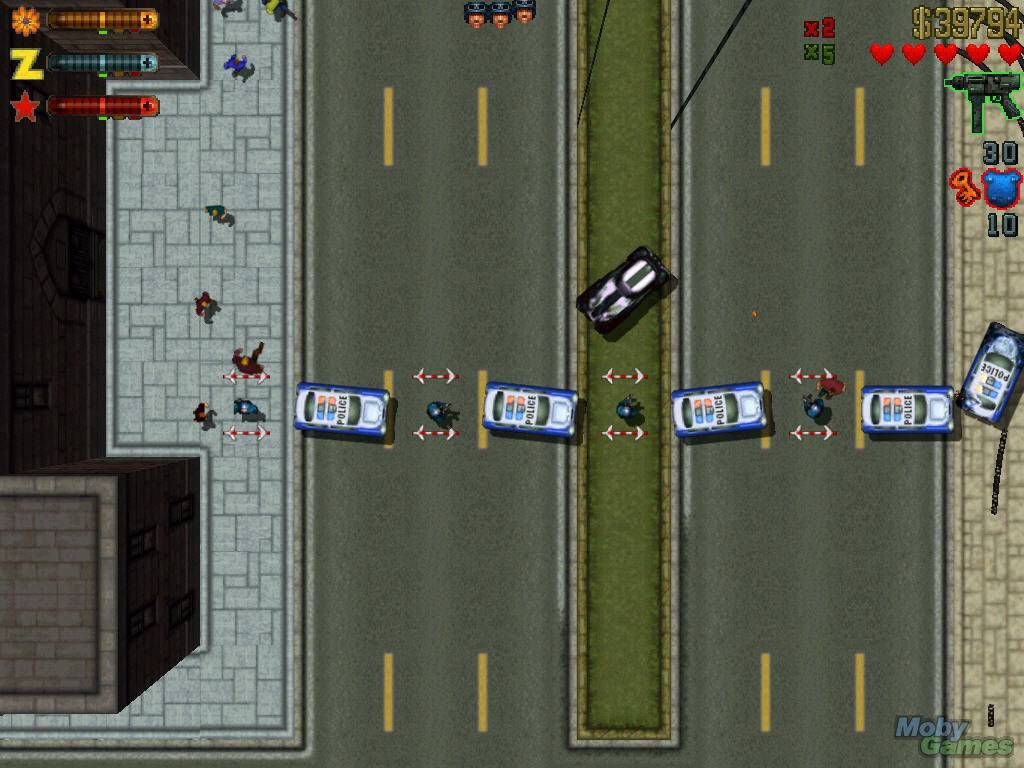 Here we see the formula of the original and the London spin-offs really come into its own. The scrolling is much smoother, the controls are about as good as they could get, and the story and setting, while still vague, actually feel a little more like something that actually makes sense and justifies its own existence a little bit. The main character here is widely speculated to be Claude from GTA 3, although I was unable to find anything about Rockstar officially confirming that. If you only want to play one of the original top-down GTA games, this is the one to pop in your PS1 and give the time of day to. 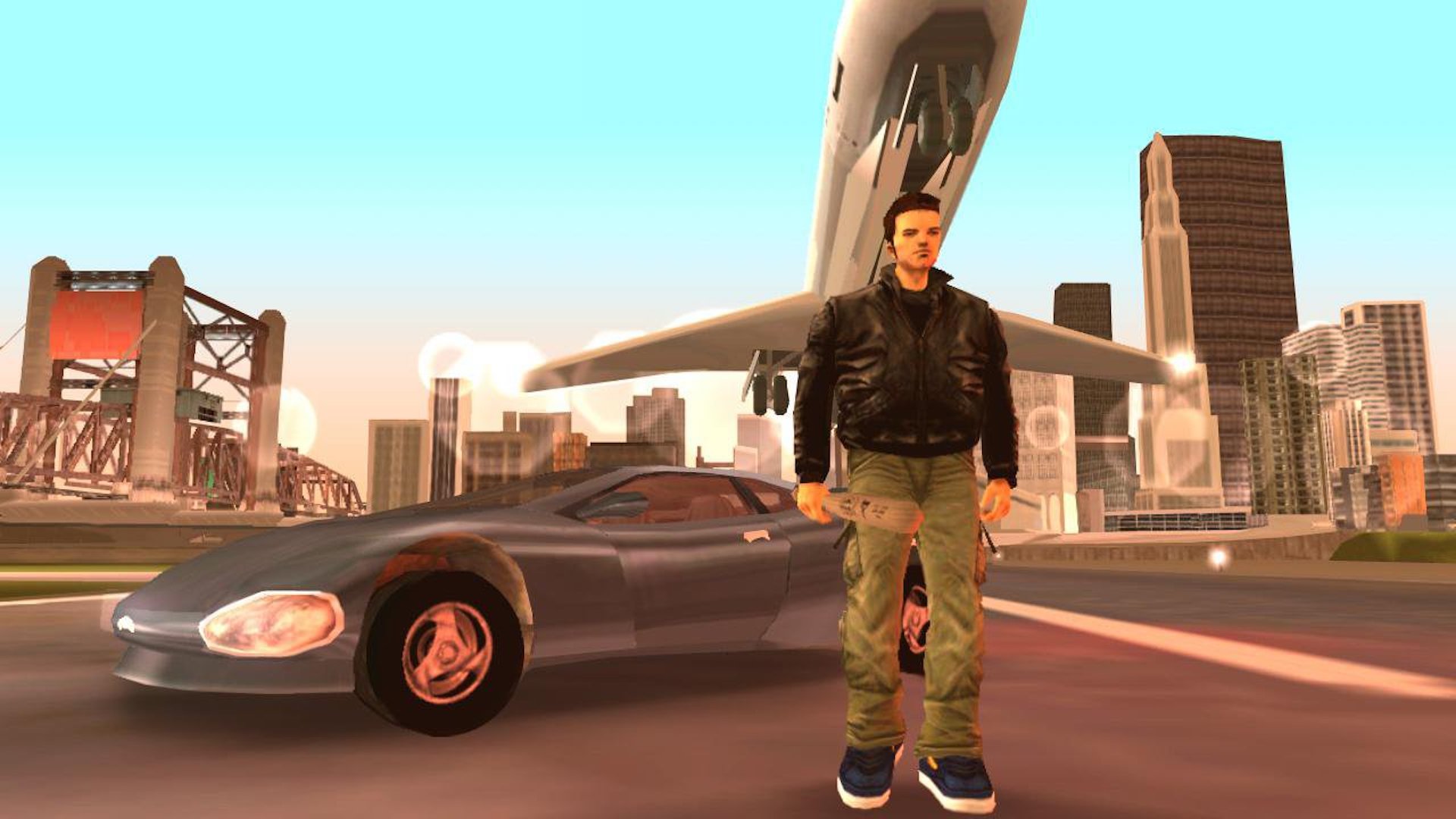 One one hand, it ushered in the era of 3D GTA games, and arguably the era of open-world action games generally with many of its ideas and structures still being used today with little fundamental differences. On the other hand, out of all of the 3D GTA games, 3 is by far the roughest to play.

Despite all of its innovations and what it did for the franchise, GTA 3 is still a rather clunky early 2000’s game at heart and, much like the original GTA, suffers from its limitations. Still, stealing any vehicle from any person in a large open world with actual characters and actual motivations really adds up to quite a great game overall, and it deserves all the credit it got and still gets to this day. It’s the weakest of most of its counterparts, but due to its steadfast devotion to what it was trying to do, it still deserves a nice, clean, dry spot on your shelf. 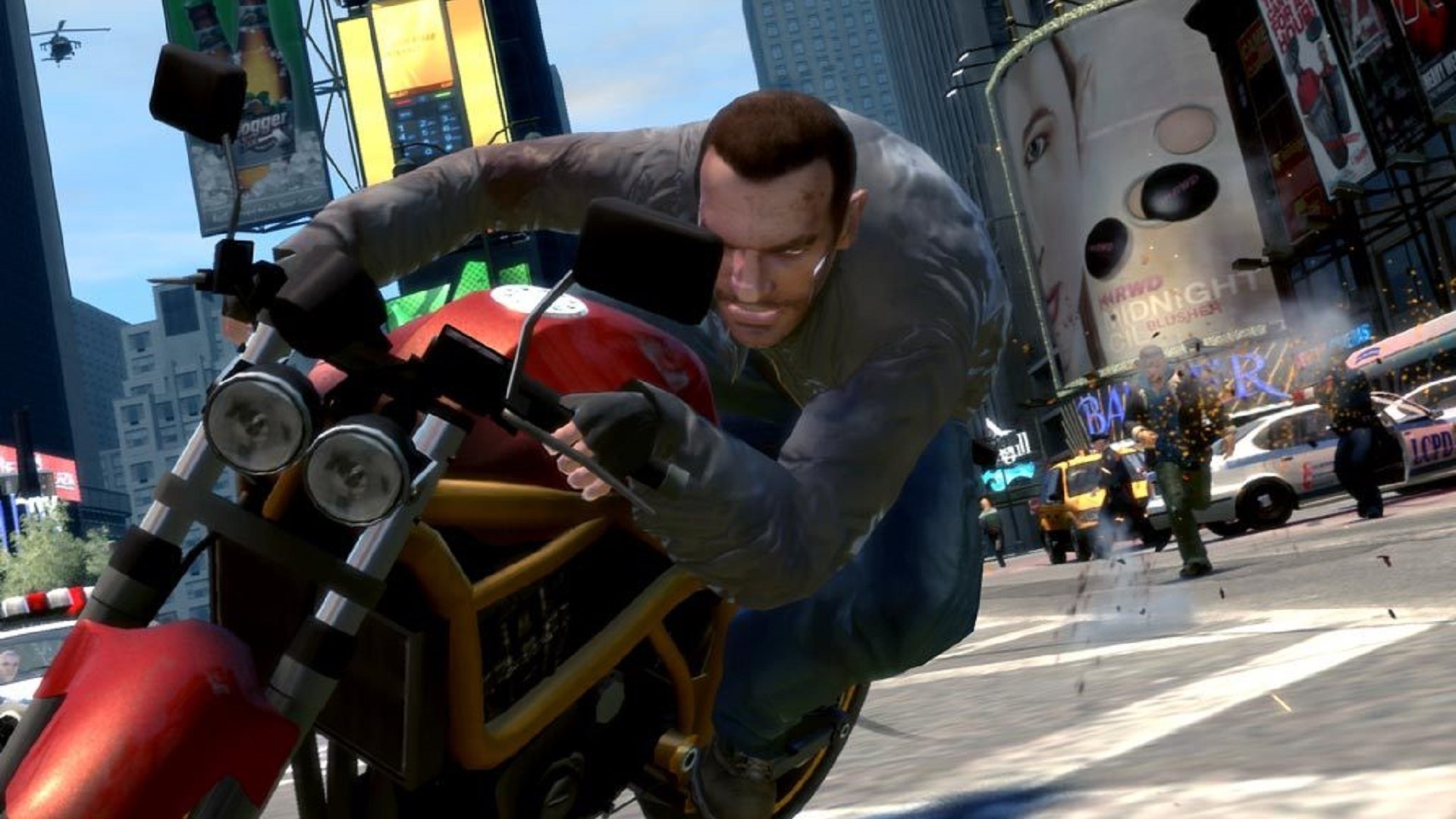 GTA 4 would struggle a bit to nail down an identity that pleased the masses the way it seems to now. GTA 4 had a gritty, darker world than arguably any other game in the entire series, and while that certainly worked for those who wanted that, it turned off many who were expecting something that felt more like it’s PS2 and Xbox predecessors.

Still, GTA 4 landed with much critical acclaim from the big game review outlets for its massive world, expansive story, and a serious main character that, while not as likeable as many other GTA protagonists, was still well realized and totally belonged in his story. If you like the modern era of GTA and want something a little different from the rest of them, GTA 4 could be worth a playthrough. 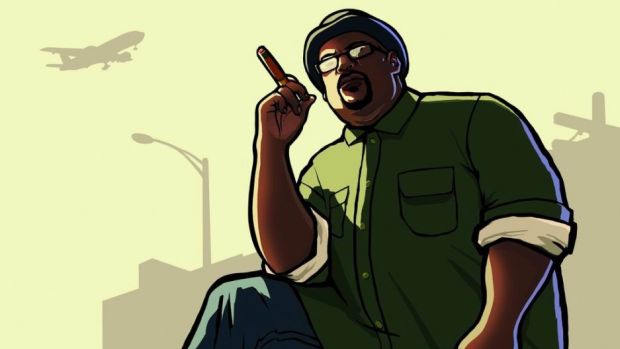 Outside of being the biggest GTA world up to this point, a moniker it would maintain for many more years, San Andreas told what was easily one of the best stories in the entire series, one that many would say is the best, and I can’t fault anyone for thinking that. S

an Andreas changed up the series in a big way with a welcomed new setting for the series; a fictional west-coast city that brought a very different energy than the New York-inspired Liberty City did. Rockstar also went all-out with an outstanding voice cast including Ice-T, Samuel L. Jackson, David Cross and many others that brought these characters to life in a way that so many other games of that era could only dream of doing. GTA: San Andreas broke new ground by being so much bigger than the previous games and telling the most grounded, and insanely entertaining story the series had known up to that point.

This is perhaps the most difficult part of the list for me as Vice City and San Andreas are both masterpieces in their own right. They both have outstanding stories, excellent writing, massive worlds with plenty to do, and exceptional gameplay for their times, so in an objective sense you could really go with either one of them for 2nd or 3rd place. But given that video games are ultimately a subjective medium, and opinions are always present when covering them whether we like it or not, I decided to let my heart guide me on this one and acknowledge my soft spot for Grand Theft Auto: Vice City by giving it the number 2 spot here.

While perhaps inferior to San Andreas in a few technical areas, the overall cohesion and tone of Vice City on top of lessons learned from GTA 3 make it one of the most spectacularly executed games ever made. Much like San Andreas, Vice City breaks away from the over-used Liberty City for a much sunnier locale, this time inspired by the likes of Miami. This is mixed in nicely with a very well-realized Scarface-esque motif that is sure to bring out the gangster movie fan in anyone who plays it.

The game definitely has its issues and being more similar to GTA 3 than San Andreas on the technical level definitely shows symptoms in the gunplay and driving, but if you can get past that, you are in for an absolute gem of gaming history with Vice City. 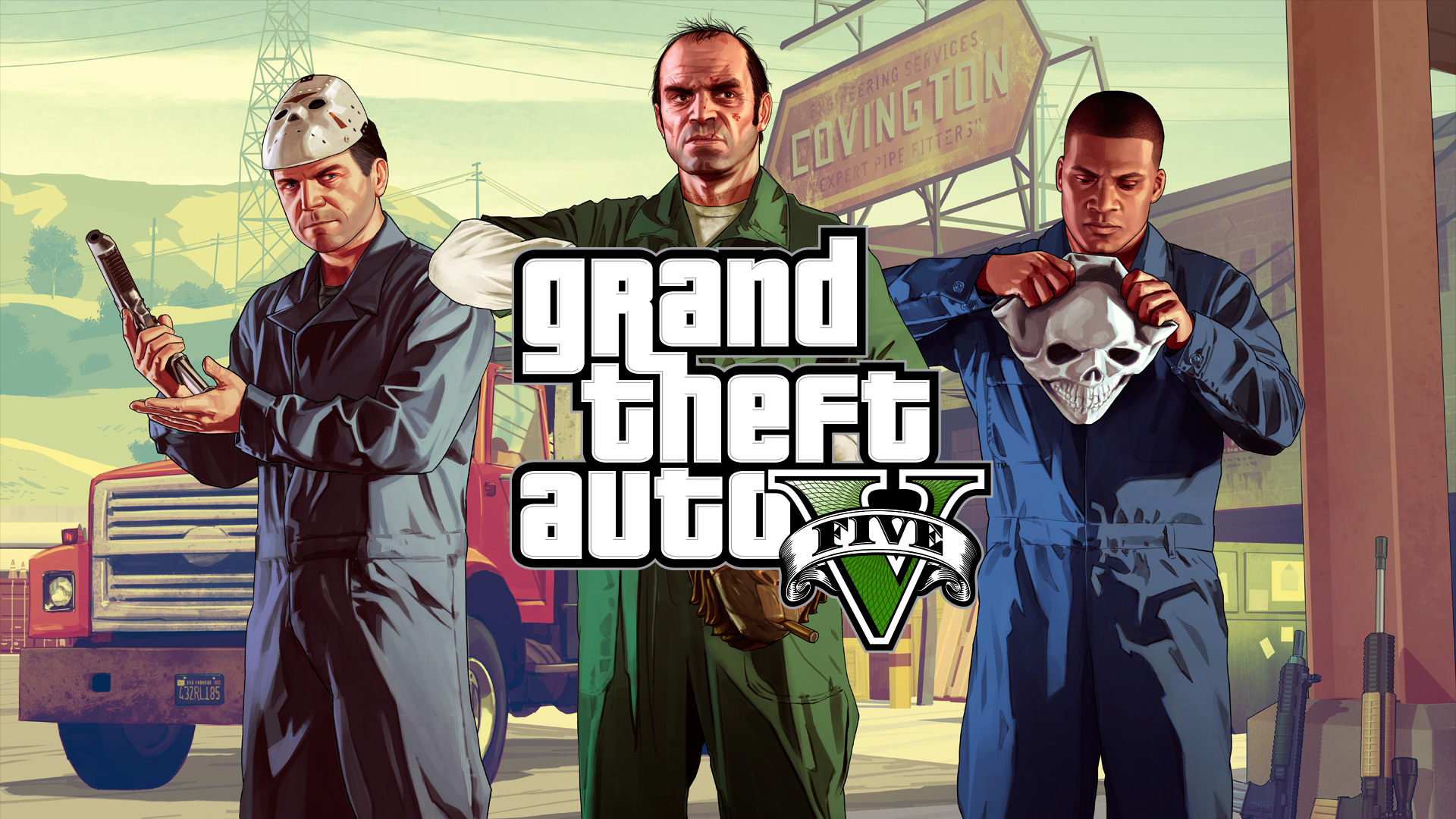 I’d bet my bottom dollar that, at some point in the planning stages for Grand Theft Auto 5, somebody made it clear that this game had to be the best GTA game of all time. It had to please as many fans of the previous GTA games as possible while also taking a big modern step for its own genre the way GTA 1 and 3 did. Well, while GTA 5 didn’t reinvent the wheel to the same extent as 1 or 3, it did make the best, prettiest, most finely-tuned wheel anybody could ever ask for. Among the usual expectations of the GTA games like a massive world, plenty to do, and improvements in all of those areas over GTA 4, 5 went above and beyond by covering the whole thing in a special sauce of social commentary.

In order to please as many people as possible, the story of GTA 5 is told through the eyes of three vastly different characters, all of which represent three different types of GTA fans. Fans of the somewhat grittier games like San Andreas or GTA 4 had Franklin and his relatable struggle to rise out of his economic status while still helping others in his community, while Michael represented an older GTA fan, who misses the simpler, easier to understand glory days or Vice City or GTA 3, and sometimes struggles to adjust to the newfangled ways of the modern age, and of course Trevor, the completely unpredictable wild card who pretty much just does whatever suits him at any given moment regardless of whether or not that happens to align with anybody else’s agenda.

He perfectly embodies the GTA player who loves every minute of every game, and often feels inclined to push the story aside and just raise hell for a few hours after work. To say GTA 5 is a masterpiece somehow feels like putting it lightly. It’s a towering example of near-perfection for its genre that celebrates the series as a whole while also creating a standard for the genre that might not be met again for a very long time. Even Rockstar seems to be aware of this as they are currently planning on yet another next-gen port of the game before even talking about a successor. At least publicly. Wherever GTA goes from here, it’ll be quite a tall order to out-do the fifth main entry.