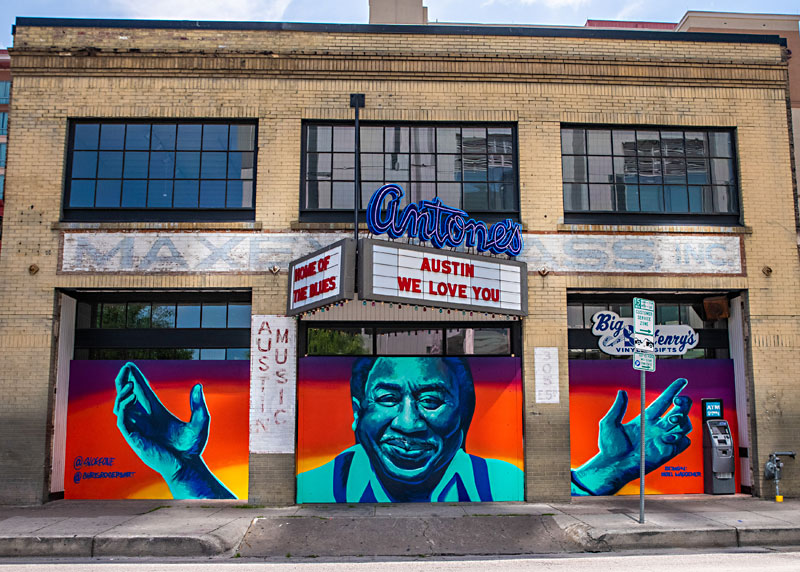 As City Hall continues to rifle through its coffers looking for any and all revenue that can be used to stabilize the music venues, bars, and restaurants that face imminent closure, a familiar argument has resurfaced: Why not use some of the hotel occupancy tax revenue visitors to Austin pay on their lodging?

Regular readers may be flashing back to last fall, when the same debate gripped City Hall ahead of a vote on the failed Proposition B, which would have derailed the Council-endorsed expansion of the Austin Con­ven­tion Center. The argument put forth now by local attorneys Bill Bunch and Fred Lewis is basically the same as the pitch they made then: Council, guided by legal advice from city attorneys, simply has too narrow a view of the state statutes that regulate how HOT revenue can be used.

“The law is still the same, but the world has changed with the pandemic,” Bunch told us this week. “The viability of expanding the Convention Center is out the window, and the need for spending the money to support cultural tourism and live music is undeniable and urgent.”

Currently, Austin collects 11 cents on each dollar visitors spend on hotel stays. State statutes mandate that revenue be used in ways that specifically promote the tourism, hotel, and convention industries, including limited set-asides to support cultural arts and historic preservation. Here’s how the city currently splits up HOT revenue:

• 4.5 cents goes to the Convention Center Tax Fund, which pays debt service and operating costs of the center, which does not pay for itself through event revenue.

• 2 cents goes to the Venue Project Fund, which pays off debt approved by voters in 1998 to expand the center.

• Another 2 cents goes to a center expansion fund approved by Council in 2019 – that vote also maxed out the state-allowed HOT rate the city can levy.

• 1.05 cents each go to cultural arts (the source of annual Cultural Contracts funding) and historic preservation.

• 0.4 cents is used to fill a Tourism & Promotion Fund, which primarily goes to Visit Austin to attract events to the center.

Bunch and Lewis contend that the city could be using more HOT revenue to bolster the arts, especially live music, because Austin is known internationally as the Live Music Capital of the World, and its music industry is its largest tourism draw. The city is doing that already, to some extent; Visit Austin pays musicians to perform at parties intended to market the city and center to those looking for convention destinations. Last year, Council authorized creation of the Live Music Fund, which gets 15% of the 2-cent HOT increase approved for center expansion.

Over the past five years, HOT revenue has been transferred into the Convention Center Capital Fund, totaling more than $139 million, which city financial policy reserves for capital and operational needs. The reserves are also viewed favorably by credit agencies, which can make financing future center expansion less expensive for the city. But from Bunch and Lewis’ perspective, that’s money that could be used to bolster the struggling creative sector.

In a legal memo co-authored by Bunch, Lewis, and Bill Aleshire, the three activist attorneys argue that the city could be doing more to innovatively attract tourists to Austin. Why not help pay for local bands to tour the country, so long as they advertise the city as a way to promote tourism? Or offer grants to local theatre companies to mount plays “that would have the effect of encouraging tourism,” while avoiding purely being commercials for the city? One suggestion from the trio of City Hall antagonists has gained some traction at Council: the use of Visitor Information Centers (VICs).

State law allows HOT revenue to be used for the “acquisition of sites for and the construction, improvement, enlarging, equipping, repairing, operation, and maintenance of” VICs as well as convention centers. Council Member Ann Kitchen is preparing a resolution for Council’s Oct. 15 meeting that would set up a fund seeded by HOT revenue, along with a process created by the newly established Austin Economic Devel­opment Corporation, for “iconic” businesses to apply for financial relief in one of the areas listed in the statute.

The Broken Spoke, to take one example, could install kiosks that provide visitors information about the city and upcoming events – making them ad hoc Visitor Information Centers eligible to receive HOT revenue.

“We have in our community iconic venues that promote tourism,” Kitchen told us. “The idea is an evolution of the VIC concept, making the centers a destination in and of themselves.” The Broken Spoke, for example, could install kiosks that provide visitors information about the city and upcoming events – making them ad hoc VICs eligible to receive HOT revenue.

The city Law Department has a more narrow view of how the funds can be used. The statute defines a VIC as “a building or a portion of a building” that is used to promote tourism. So, if James White, owner of the Broken Spoke, installed an information kiosk in a corner of the Spoke, would only that part of the building be eligible for HOT revenue? What would the financial relief provided to a business in that scenario even look like? There is no case law on the question, but an opinion from Texas Attorney General Ken Paxton says that in order to satisfy the statute, HOT revenue “must directly benefit the building or portion of the building used to distribute or disseminate information to tourists.”

As of now, city attorneys disagree with Bunch and Lewis’ more expansive view of how HOT revenue can be used. “The city cannot use [HOT] for general relief,” a city spokesperson wrote in a statement. “The city cannot use it to pay people’s back taxes, or mortgages, rents, other expenses of running businesses, or maintaining a life during these difficult times.” Referencing Kitchen’s idea to designate qualified businesses as VICs, the spokesperson wrote: “If these visitor information centers operate within the statutory framework, they are a designated use under the statute.”

Mayor Steve Adler views the looser interpretation of VICs as a stretch as well, but as is often the case, the legal arguments must be viewed through the prism of politics. It’s no secret that the mayor eyes expanding the center and transforming Downtown’s southeast quadrant as an important part of his legacy, and thus he closely guards the HOT revenue needed to do that work. Testing the bounds of the law, Adler suggests, comes with political and legal risk, too. Business owners who view their establishments as “iconic” but are ineligible for VIC designation might sue, or Paxton might decide to take the city to court.

Or, more likely, the Texas Legislature would seize on another opportunity to beat up on Austin’s leaders by amending the statute to close the VIC loophole (although state law has a number of carve-out provisions aimed at expanding the use of HOT revenue for specific cities). Of course, fear of lawsuits or Lege reprisals hasn’t stopped Council from moving on priorities it sees as important – such as mandatory paid sick days, for example.

Meanwhile, Adler points out, city and Council staff are searching everywhere they can for less contentious ways of propping up local businesses – a challenge that he says is far too great for local governments to do alone. “We just approved significant funding to go after places that are so tied to our culture that they are actually part of our civic infrastructure,” the mayor told us. “I want to help our artists and restaurants as much as we possibly can, but can we say with a straight face, in front of a judge, that a thousand businesses across the city are Visitor Information Centers? I don’t think a court would buy that argument.”